FHN » About Us » In Their Own Words » Don Graybill


"You Can't Milk Cows With a Bum Shoulder" 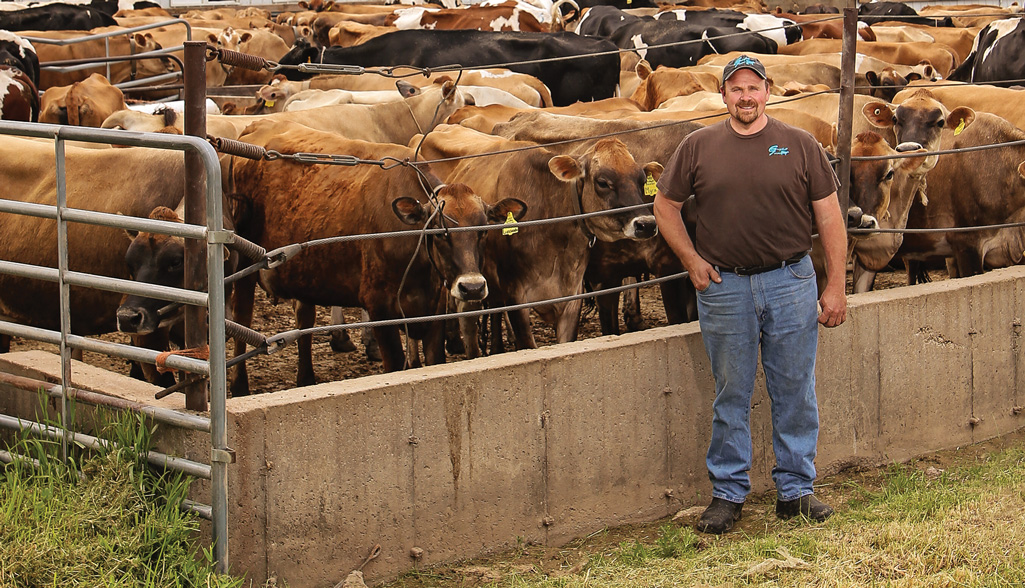 Donald Graybill poses at his dairy farm in rural Dakota. A recent fall caused him to require surgery and miss some of his usual chores, including milking cows.

It was evening chore time, and Donald Graybill was moving cows in the barnyard, just like he does every day. And then, just like that, he fell. He knew by the numbness in his shoulder and how his arm just 'hung there' that it wasn't good.

Donald was right. After examinations and tests overseen by Dr. Grzegorz Blecharz in the FHN Emergency Department, and a referral to Dr. Andrew Blint in Orthopaedics, an MRI confirmed the bad news: A torn rotator cuff. Donald needed arthroscopic surgery. Enter FHN orthopaedic surgeon Greg Dammann, MD, who excels in that specialty.

Like many farmers, Donald didn't have time to deal with an injury. He milks 180 mostly Jersey cows and they don't take time off from producing their Grade A milk. Donald was stressed and impatient. Then he met with Dr. Dammann.

"Dr. Dammann did so much to put me at ease and expedite the process," describes Donald. "He explained that he could do outpatient surgery and I could be in my recliner recuperating the same night. Although my pre-op EKG raised a red flag, Dr. (Rebecca) Pedersen quickly got me scheduled for a full stress test, with normal results.

Exactly two weeks after I fell, I had my surgery. It was more detailed and less invasive than I originally thought it would be, and Dr. Dammann used visuals to explain it all to me and my wife so that we could understand what was happening. He actually ended up discovering a tiny tear that the MRI had not shown. He was very thorough."

Donald greatly appreciated the doctor's calming demeanor and personal manner. He emphasizes, "I cannot say enough good things about Dr. Dammann. He prayed with me before my surgery and was so professional and caring. I had all the confidence in the world that he would take good care of me. And he did."

In line with Donald's push to get better fast, Dr. Dammann facilitated physical therapy in 10 days rather than two weeks, since his patient's progress showed he was ready to proceed. Donald loyally did his PT and worked on his strength and range of motion with the help of FHN physical therapists Eric and Cody, who were well aware of his desire to get back to work quickly.

"They knew I was anxious to start milking," stresses Donald, "but also showed concern that I not overdo it. They helped me find the right balance."

Now, Donald is back at work on the farm, taking care of heifers, hauling manure, carrying hay, lifting the milking units, and overseeing the work of his two teenage sons and hired help. He shares, "I won't be totally back to normal for seven to eight months, but I am doing really well. I can't thank FHN enough for their exceptional care. All the doctors, nurses, physical therapists - everyone - worked so hard to make me better and understood the significance of a farmer's time. It was a good experience, but I don't want to do it again!" 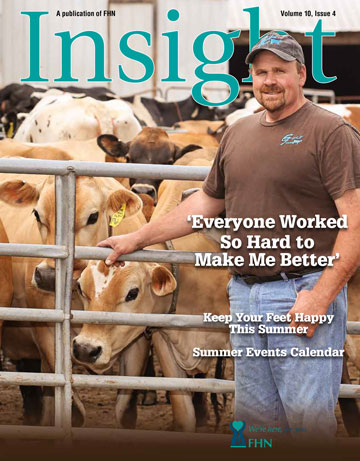