FHN » About Us » In Their Own Words » Le-Win Football

In Their Own Words 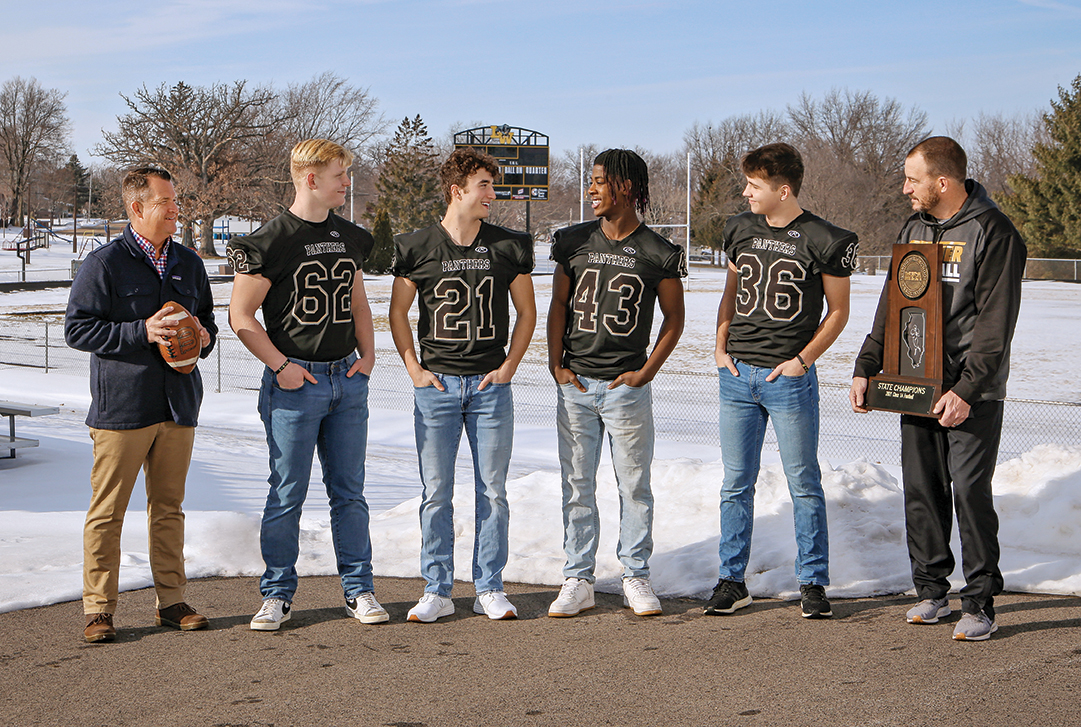 Football injuries are part of the game – it’s a long, rough season. Even the best of teams, like the Illinois State 1A Champion Le-Win Panthers, deal with broken bones, torn ligaments, and dislocated joints as they battle through their weekly schedules. To perform at their best, these athletes need prompt and professional care when they get hurt.

FHN ‘s Greg Dammann, MD – a board-certified orthopaedic surgeon – is committed to helping these young competitors. Along with a talented team of medical professionals from a variety of specialties, he applauds these athletes for their dedication and accomplishments.

And, as a Le-Win quarterback himself, back in the day, Dr. Dammann also understands the athletes’ desire to bounce back quickly and their commitment to their teams and communities, no matter where they reside.

In the past two “seasons” – during the spring and fall of 2021 – Dr. Dammann and the FHN Sports Medicine team treated four wounded Panthers football players for a variety of maladies. All have come out ready to play, and full of appreciation for their medical team.

Marey remembers his leg slipping under the opposing tackler’s body on the second play of the spring season. He hoped it was only a sprain, but it ended up being more serious

“Dr. Dammann put a plate and screws in the fibula and repaired my ligament injury,” Marey says. “It took some time to get past some weird pains and discomfort, but I was very determined to get back in shape. My surgery went well and I worked hard to get better. Now I think I might want to pursue kinesiology or physical therapy, based on my experience. I want to help others, like Dr. Dammann and the physical therapists helped me.”

Marey’s family was very familiar with Dr. Dammann, since he also had helped two of Marey’s brothers, Rahveon and Ronnie Valentine, bounce back from football injuries. According to Marey’s dad, Dan Brown, “I think it is great that Dr. Dammann literally got Marey back on his feet, and now Marey is looking to do the same for others. Up to a couple of months ago, he had no idea what to major in. Sometimes a scary experience can provide the motivation for something good. Dr. Dammann and FHN have been great for our family and helped us get through some hard times.”

Jake Zeal: Running Back and Defensive Back
Injury: Broken collarbone

It wasn’t too painful at first, but by halftime, Jake was pretty sure he had suffered a broken bone during a routine play at a game in Dubuque. His parents drove him to the Finley Hospital Emergency Department there, where they confirmed he had a broken collarbone and suggested he see an orthopaedic specialist. Though the family’s primary healthcare providers aren’t part of FHN, they received numerous suggestions to see Dr. Dammann at FHN, where they went the following Monday.

Surgery was scheduled quickly, and Jake admits he was anxious about the procedure. “I was pretty nervous,” he shares, “but I could tell Dr. Dammann really cared about me personally. He put his hand on my shoulder and said a prayer, and that gave me confidence and put me at ease. All went well – in fact, it was better than I expected and I regained my strength fast. Being around the high-tech equipment and healthcare professionals has me thinking I might pursue pre-med when I head to college.”

His dad agrees that the experience was positive. “Dr. Dammann and the entire FHN team were great to work with. The Lena office simplified followup, and there was great communication every step of the way. So when the Klevers needed orthopedic help, we were quick to suggest Dr. Dammann and FHN. Plus, I played against Greg Dammann when I was a Galena Pirate, so that was a fun coincidence.”

It was a pretty typical play that broke Casey Klever’s collarbone – one clean break and another fragment. “I heard a loud crack and then I couldn’t move. I knew it wasn’t good, and when the trainer said he saw a bump, I realized I might be out for a while. My mom and Jodi Zeal took me to the ER at FHN, and since the Zeals had such good luck with Dr. Dammann, they suggested we see him, too. I went on Monday and had surgery a few days later. Thinking about it was unnerving – I don’t even like needles! But it wasn’t as bad as I thought it would be. I honestly don’t remember much until getting some graham crackers in the recovery room!”

Christal Klever remembers a few more details from the day than her son. “Dr. Dammann was amazing. He provided us with tremendous access during the whole process,” she explains, “and his communication was exceptional. One of the nurses, Amanda Paulsen, really helped out, the anesthesiologist was so professional, and all the staff was great.”

Casey’s recovery has gone well and his strength and mobility are returning quickly – enough so that he has been cleared to play basketball. Just a sophomore, he is thrilled to continue his high school sports career without restrictions.

He didn’t have a broken bone, but he did have a lot of pain. Inflammation from repeated impact was taking a toll on Henry Engel’s leg and it restricted his mobility and range of motion. “My knee locked up at practice and it was awful,” Henry explains. “I couldn’t extend my knee fully and it really hurt. Dr. Dammann spent a lot of time examining me and gave me some medication that helped with soft tissue swelling and discomfort. It made it much better and got me back on the field.”

Henry’s mom, Tabitha, was concerned that continuing to play the game he loves might cause her son permanent damage. She shares, “Dr. Dammann was thorough in his evaluation and clearly communicated our options moving forward. I needed reassurance we weren’t turning a temporary injury into a lifelong problem by letting Henry play, and he gave us straightforward and honest information. He was very accommodating with his time, and I was impressed. We already knew Dr. Dammann by reputation, and he lived up to the exceptionally high expectations that accompanied it.”

Henry, who has now moved on to wrestling, continues to perform well and has minimal problems with his knee. According to Tabitha, Henry and his other injured teammates enjoy a friendly rapport with Dr. Dammann that makes their treatment easier. “He is relatable – the kids all feel comfortable with him,” she says. “He takes a minute away from being a surgeon to just be a friend. That makes a big difference.”

As for Dr. Dammann, he is just pleased to help young athletes, like those on his former team, stay in the game and excel. “I am honored that Coach A and the parents trust me to treat these athletes – I care for them like they are my own kids. As the father of two former Freeport Pretzel swimmers and a Rockford Christian School quarterback, all of whom went on to participate in collegiate athletics, I am very invested in local high school sports and am proud to play a small role in their success.” 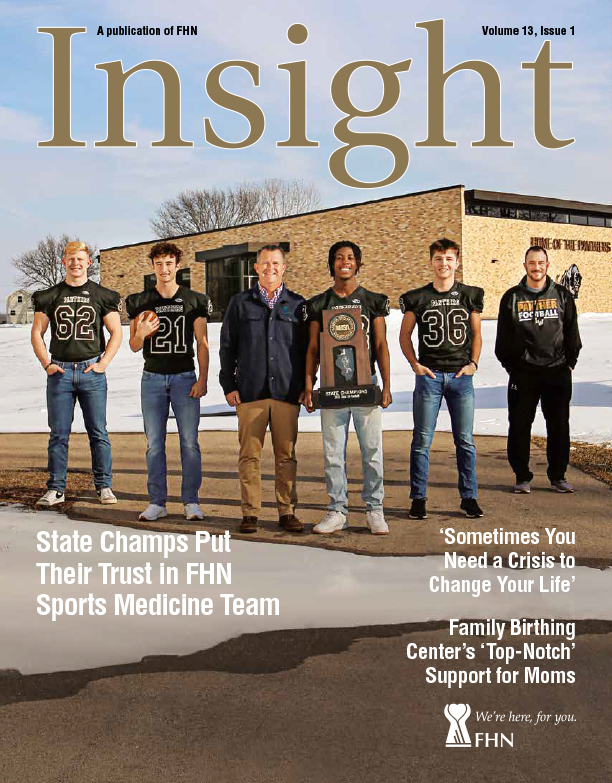