FHN » About Us » In Their Own Words » Bill Schramm


The Medicine of Physical Therapy 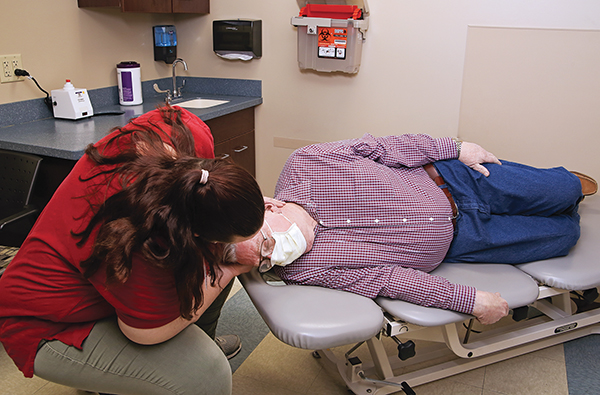 To help Bill Schramm recover from his bouts with vertigo, Jennifer Loeffler, DPT, uses head positioning techniques to reposition crystals from his ear’s vestibular canals. His condition is triggered by changing positions, like getting in and out of bed.

BPPV – ‘The Room Spins When I Change Positions’

Bill Schramm deals with recurring bouts of Benign Paroxysmal Positional Vertigo (BPPV), which is caused by tiny crystals escaping the ear’s vestibular canals. It is one of the most common causes of vertigo – the sudden sensation that you are spinning, whirling, or unbalanced. It is normally triggered by a change in head position, such as bending over to pick something up or lying down in bed at night.

Bedtime was Bill’s primary trigger. He explains, “When I laid down for bed, it felt like the room was spinning. Same when I turned over at night. It was usually fine during the day, thank goodness. I have suffered on and off for several years. My then-primary care provider (Dr. Luy) gave me exercises that helped me at first. I thought I was done with it, but unfortunately, it came back.

“Once, it was so bad, I went to the ER. It got better again and I put it out of my mind. The next time I said, ‘There goes the room,’ I took action. I made an appointment with my (primary care provider) nurse practitioner. She referred me to physical therapy, and I am so happy she did.”

Jennifer Loeffler, DPT, Bill’s physical therapist, is one of three FHN physical therapists who specializes in vertigo. She says, “BPPV can make people miserable. It can be caused by a fall or accident, but it can also start for no explainable reason. Patients often feel dizzy and nauseated, and are understandably shaken if they have nystagmus – involuntary, uncontrollable movements of the eyes.

Bill calls the FHN Physical Therapy team “the best.” This retired insurance professional says, “Jen and the other therapists helped me so much. She gave me handouts that guide me through the procedure so I can do it at home if need be. Now I know what to do when the room gets topsy-turvy. And if I can’t take care of it myself, I know she is there at Burchard Hills, waiting to help me.”

Dealing with vertigo can be a dizzying experience. Just ask Bill Schramm, Heather Politsch, and Rachel Boatwright. All three have grappled with the frustrating condition due to different causes. Any way it manifests itself, FHN has strategies to help make the room stop “spinning” for frustrated patients.

Read more of the story about dizziness in FHN's Insight magazine. 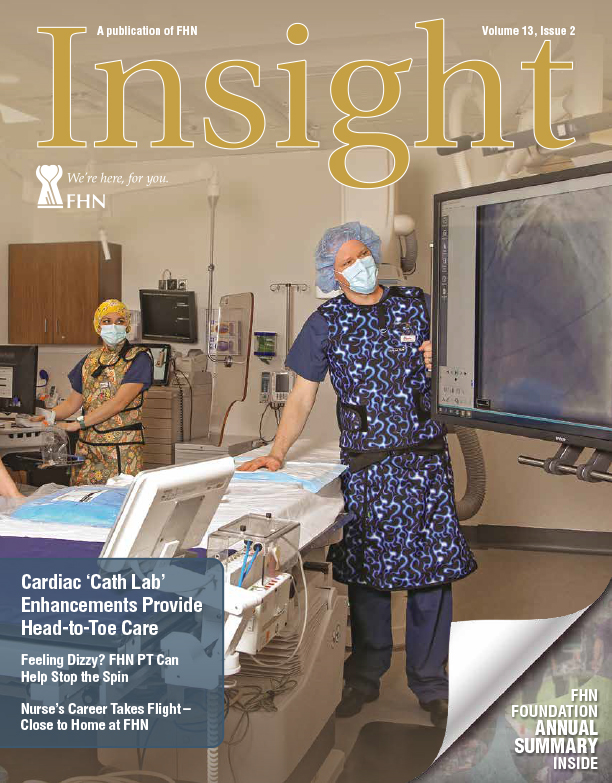